Learn how to add some style and swagger to your dancing by adding Pachanga to your Salsa dancign skillset!

Our Pachanga Essentials I class will break down all of the core steps and body movements of Pachanga. In no time, you’ll feel confident to show off your flashy new skills on the dance floor!

Starting on Tuesday, January 4th at 7:00 p.m., work directly the founder and director of Mayambo to add a whole new dimension to your Salsa dancing. Del will teach you a proven system for incorporating Pachanga into your dancing aresnal. You’ll learn how to move your body in a different way and add steps which accent different rhythms in Afro Latin music. Work with Del Dominguez, the director of the Mayambo dance company as he shares his methods for consistently creating some of the city’s best social dancers and stage performers. Our students are known as some of the finest Afro Latin dancers in the city!

The Pachanga rhythm developed from the original Charanga music played in Cuba and around the Caribbean since the late 18th century. It’s a distinct dance and rhythm in its own right, a mixture of European contradanza and Afro-Caribbean music and dance styles.

Cuban immigrants later brought the Pachanga rhythm and dance styles to the US, where they became hugely popular during the late 1950s and early 1960s.

Pachanga music is quite difficult to define. In general, it has a harder and jazzier sound than normal salsa and is often punctuated by catchy extra rhythms (in addition to salsa’s typical four beats) and the clanging sounds of the cowbell.

While the Pachanga dance moves are similar to the Salsa dances, there are a lot of crossover in the music, and with some practice, it is possible to combine some Pachanga movements with your favorite salsa dance.

Our students have been showing love for our studio and what we’re teaching!

We love our students and their 5-Star reviews on Google show us that they love us too! 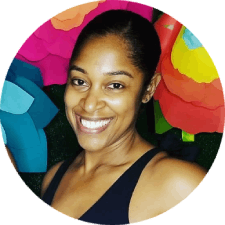 I LOVE, LOVE, LOVE my private lessons here! You are getting the bang for your buck and sooooo much more. I’ve taken classes at the MOST popular places in the city and NO ONE, and I mean NO ONE stacks up to the knowledge and understand of the way the body works like Mayambo! This is the best kept secret in the city (well not anymore because I just told you)!
Natasha C. 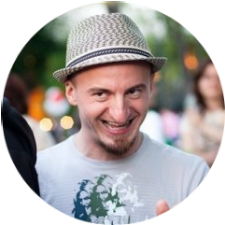 If your goal is to improve your balance, leading/following skills, or your dancing in general, Mayambo can be an amazing guide and companion on this journey, with an incredible eye and talent for identifying small or big things to improve, which in turn will reflect in your dancing, transforming it into a more enjoyable dancing experience both to you and the partners you dance with.

For me, working with Mayambo is a genuine exchange of the joy of dance. They focuses on getting you seriously prepared for your dance journey, always pushing you to reach for your full potential…You to never take yourself too seriously, and most importantly, they make the whole learning process fun! It’s a pleasure to learn from Mayambo ❤️

Why Should I Learn Pachanga? It can be very frustrating to work on learning new Salsa steps and still feel like you look awkward or stiff when you are dancing. There is a difference in between learning WHAT and learning HOW to do a step.

You will begin to develop your personal style as you expose yourself to more moves which help you explore movements in your body and ways that make you feel rhythmic. Thankfully Pachanga is a stylish dance which incorporates style and movement into its steps.

As you learn more about how to dance Pachanga, you’ll discover that you’ll begin to feel more grounded and have a better understanding of how to use your feet and knees to create a natural and grounded rhythm that is an absolute must for all Afro-Latin dancing.

You will also learn the Pachanga ‘bounce’ which is unique to the dance and will have you feeling the downbeats in the music and have a big impact on how you look (in a good way!) when you are dancing

In this class you will learn:

Reserve Your Spot In Class Now!

Sign up before 12/31 get an special discount off of your purchase, act fast to secure your savings!

Just seconds after you complete your order, you’ll receive a confirmation email. After that, just show up on Tuesday, January 4th at 7:00 p.m. and we’ll see you in class!

How Long Is The Session?

This session is 4 weeks in total with 60 minute classes once a week.

What Kind Of Clothing Should I Wear?

We highly recommend you wear clothing that you feel comfortable in when you are actively moving. As for footwear, you should wear shoes that don’t have a sticky bottom and if you wear heels, please make sure they are dance heels that support your feet when you dance to avoid injury.

Do I Need To Come With A Partner?

No! As a matter fo fact, this class will exclusively be an opportunity for you to focus on yourself and addign some flash and style to YOUR dancing.

How Is The Parking?

There is free parking on the north side of North Ave as well as on the side streets adjacent to the studio. There is also metered parking directly in front of the studio. You won’t have trouble finding a place to park!

What Covid-19 Protocols Are In Place?


As announced on December 21st, we will be required to ask for proof of vaccination starting on January 3rd. We understand this is a sensitive subject and want to thank you for your understanding and patience as we follow the city’s guidelines and stay in compliance with city ordinances. Masks are still required and there will be plenty of hand sanitizer on hand for student use.

Reserve Your Spot In Class Now!

Sign up before 12/31 get an special discount off of your purchase, act fast to secure your savings!

Just seconds after you complete your order, you’ll receive a confirmation email. After that, just show up on Tuesday, January 4th at 7:00 p.m. and we’ll see you in class!

No Thanks, I'm flashy enough and everyone thinks I'm the best