So many things go on at dance studios that I have worked at that I never seem to run out of thing to talk about. For example:

A lot of times, I’ve seen women come in our studio with their significant others and attack the proceeding private lesson or group class with intention and focus. They seem determined to get the information and are usually quick to pick things up. On the other end of the spectrum, the men usually come in slightly uncomfortable, unsure of themselves and often slow to pick up. While these are indeed generalizations, it has more often than not proven to be the case. 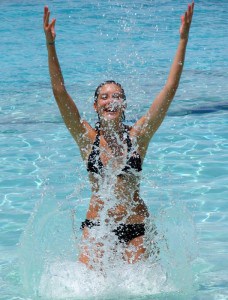 Why is this? What are the thoughts and ideas that the genders have associated with dance? There has been studies done which show how men and women pick up information. There are a variety of reasons as to why some think women learn movements faster than men but many agree that it could simply be attributed to confidence, or lack thereof in men. Think about it, when boys are growing up, they are traditionally thrust into athletics whereas little girls are placed in ballet/dance classes. I know personally that my friends talked an immense about of s#!t when I started dancing and I imagine this is par for the course with guys and dancing.

If only I had known to ask to be in a dance class as a youngster, I would have made it known and started my dance passion way earlier. I’m certain that many men would also be surprised as to how much they would enjoy dancing if they dismissed the social stigma that’s attached to it. Regardless, in my own experiences as an educator, I have found women walk into the studio and pick up dancing way faster than men. 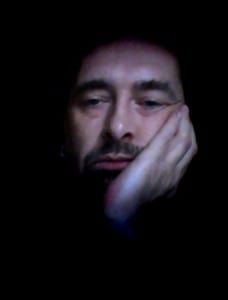 “What’s that honey? You booked a dance lesson?”

So then, what happens to men and women as they traditionally take a Latin dance class? Quite a bit actually. It seems that in the haste to pick things up, women can mimic the movements faster but don’t retain the information as well. The ability to mimic movement is strong with women. They even start to try adding body movement and styling that we have developed in the dance over the years within 30 minutes. It’s quite impressive actually. On the other hand, guys take longer to get the step, but they tend to retain the figures once they have learned them. I would equate this to sheer repetition.

So it seems men and women have different experiences in class. They learn at a different pace and this is where I have seen the most heinous partner dance crimes happen. You see, women, being fast learners and all, are very quick to think they ‘have it’ and proceed to start doing the leading. What comes next has affectionately been coined ‘backleading.’ The phenomenon occurs when women try leading the guy through what they think is what the move should be from the follow position. I can attest to the fact that this is mostly a bad thing.

Off the top of my head I can describe backleading to be:

While I imagine there are some well-intentioned women out there who are sincerely trying to help, more often then not they make matters worse. Way worse. The irony is, I’ll come by and have to correct them doing their steps wrong and go back and give the guy a pep talk and look on the floor and help him put his b@lls back. The whole ordeal turns into a mess and there is a very good chance that ego’s will get bruised as I do damage control.

Don’t think for a second I won’t call out men on their crap either. I don’t run a lady bashing blog, far from it. I will direct my venom now at a specific set of men who I’ve discussed in previous blogs posts. These guys are the one’s who lurk in the intermediate classes and ‘help’ the newer girls who come into the studio. The act as if they are qualified to give instruction when they are still working things out themselves. I’ve said it before and I’ll say it again guys…DON’T BE A CREEPER! Once you’ve been labeled as such, it’s so hard to come back from it. If you are really interested in teaching, ask to get trained to do so. More often than not, you are either imposing your unsolicited opinion or you are crossing the line of good etiquette.

Bottom line, if a newer person asks ladies and gentlemen, direct them to the teacher, that’s what THEY are there for. Besides, when people come into the studio, they are looking for the authority figure to model and these people have put the time and commitment in to get good and develop the ability and integrity to teach.

Now then, I’ve often read the words of great teachers who state that you have to be about the solution instead of the problem. I don’t want to sit here on my trusty Chromebook and bitch and moan about things, I want to help! Here’s what I propose we do instead…

Ladies, while you may pick things up faster, take the extra time to ask questions that will make YOU a better follow like tension, connecting, spacing footwork etc. Guy, put a spark in your @sses and focus. While we all learn at different speeds, I/we can spot someone half-assing things from a mile away. I promise, give it a good try and you’ll likely enjoy this partner dancing thing. The teachers are truly there with open arms to welcome you into this studio, family and community. They will work with lead or follow to make sure that the information is absorbed and understood. As a student, come in with a little humility as it goes a long way in giving you the appropriate mindset to receive information.

What do you guys think?