Increase your skills in the core concepts in Salsa and dance with confidence, clarity and consistency!

Our ON2 ESSENTIALS I class introduced you to our methodology, are you ready to take the next step? You’re only scratching the surface of what you can do with Salsa, it’s time to take it up a notch and take your Salsa dancing up to the next level!

Learn more intricate movements and in all areas of Salsa dancing! 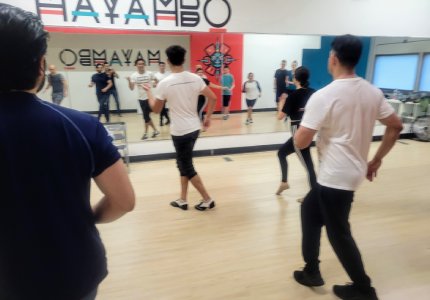 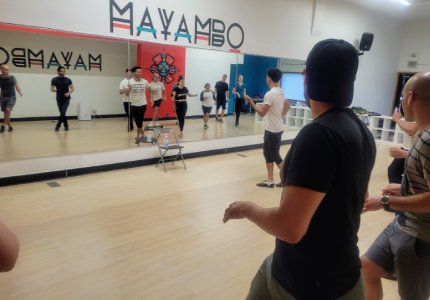 Congrats! You have a basic understanding of fancy footwork, it’s time to grow your shine vocabulary. Shines are amazing for helping students understand timing weight shifting and speed. We can get enough! 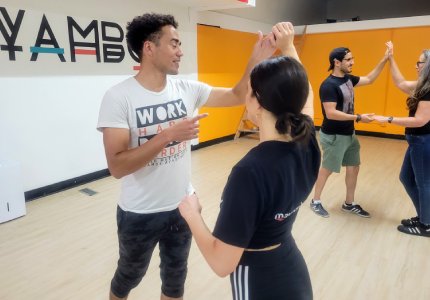 Now that you have your basics in place, time to take it up a level. In our level 2 class, we will show you more turns and direction changes. We give both leads and follows the proper technique for execution.

Our one of a kind On2 Essnetials classes provide you the benefit of getting invaluable feedback from TWO qualified teachers. You get the perspective of a lead and a follow to turbo charge your growth and Salsa skills.

We spend ample time making sure both leads and follows understand their specific techniques to ensure they have success at the studio and on the social dance floor.


Students will experience all facets of dancing Salsa on2. Expect to understand more about foundations steps, fancy footwork and partner dancing. 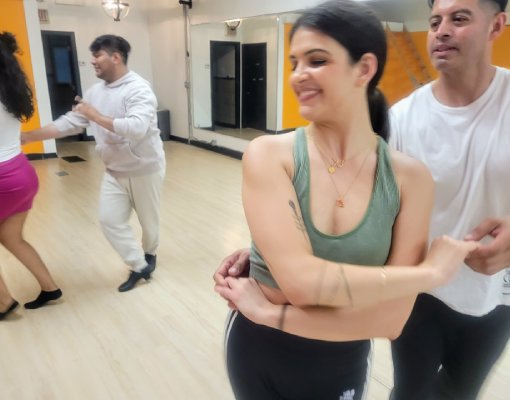 Over 90% of students surveyed would recommend our ON2 ESSENTIALS program for learning to dance Salsa.
I’m so grateful for the experience of learning mambo dancing with Mayambo!!! They are patient and talented instructors!

They know just how to motivate and what skills one needs to get to the next level of dance performance! Here’s to always keeping it fun and helping me grow!

Madalina M
There are a lot of great dance teachers in Chicago, but for salsa, Mayambo is the best. Hands down. Whether you are a lead or a follow, they can quickly pinpoint what is holding you back and set you on a path to improve. Their lessons are always a blast and the studio community is full of supportive, fun, and talented people. Whether you are just starting out or looking to raise your salsa game, Mayambo is your best option.
Jason L
I LOVE, LOVE, LOVE my private lessons here! You are getting the bang for your buck and sooooo much more. I’ve taken classes at the MOST popular places in the city and NO ONE, and I mean NO ONE stacks up to the knowledge and understand of the way the body works like Mayambo! This is the best kept secret in the city (well not anymore because I just told you)!
Natasha C 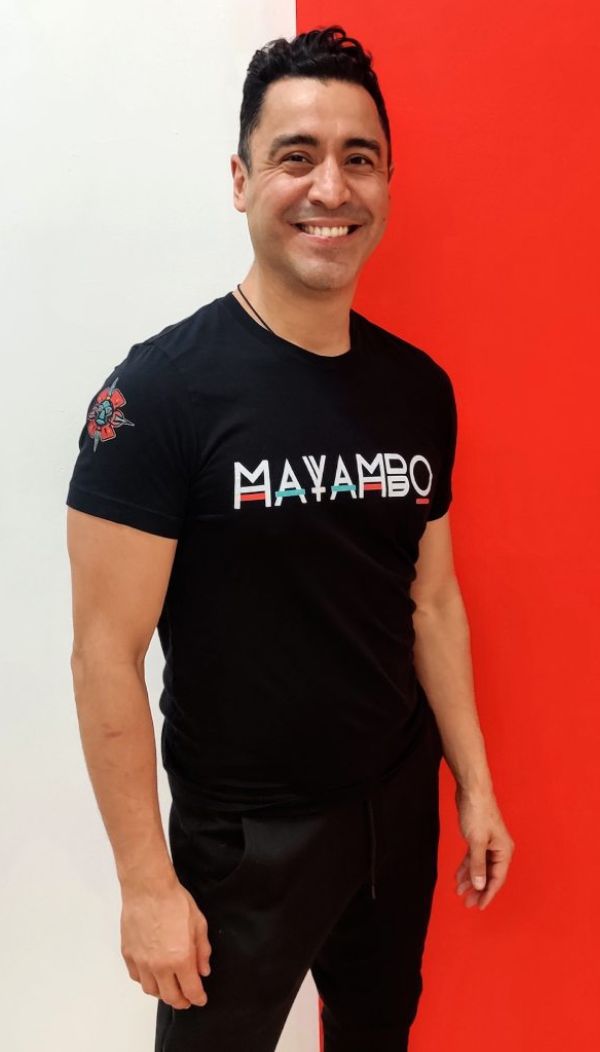 Del Dominguez is the founder and director of the Mayambo Dance Company/Studio. he has over 18 years of experience dancing, performing and choreographing Salsa.

He is one of the founding members of Chicago’s legendary Descarga Caribe dance company which was the city’s first Salsa on2 Dance Company. With Descarga, Del traveled the world performing alongside his mentor, the amazing Sekou McMiller, in such places as Puerto Rico, London, Tokyo, Beijing, Rome, Mexico and all across the United States.

He has also danced professionally as a competitive Ballroom dancer in the American Rhythm division and has over 6 years of experience teaching, coaching and competing.

Del is a 4 time Salsa champion and most notably co-founded/directed the Mixed Motion Art Dance Company which were first place winners in the small teams division at the Ultimate Latin Dance Challenge in Las Vegas.

Furthermore, he co-directed a theatrical piece for the prestigious Giordano Dance Company of Chicago which debuted at the Harris Theater to rave reviews from local press.

Dell is currently invested in growing the Mayambo dance family and elevating his dance companies and the Chicago Salsa dance community as a whole. 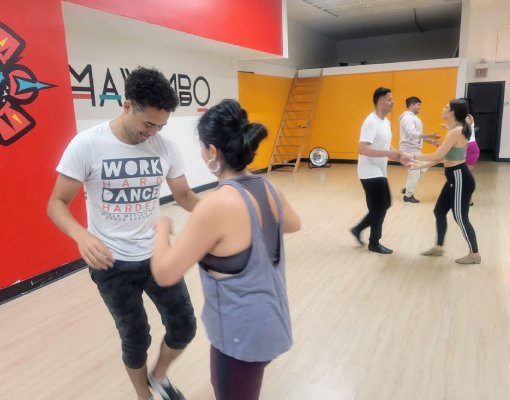 We’re constantly following the CDC guidelines for the appropriate measures to take during class. As of December 2021, mask wearing is mandatory regardless of vaccination status. We also provide ample amounts of hand sanitizer for our clients.

At this time, we only allow 8 leads and 8 follows in every session. We do this ensure class balance and so that each student receives ample attention. Our main priority is helping students progress in their Salsa dancing development.

Yes, I’ve been wanting to learn how to dance Salsa forver! I’m ready, let’s do this!

Yes, I Want To Sign Up On Wednesdays At 7:30 P.M.!
No Thanks, I'm super lame and I'll just wing it and hope for the best