I was and am an avid House-head, having grown up in Chicago. We are lucky to have world class DJ’s spining soulful goodness and I spent many, MANY a night dancing away and being overcome with joy at simply moving and groovin’. This was way before I ever took a basic step and made me love the idea idea of dancing.
I’ve heard that the existence of desire within your spirit is all the proof you need to pursue something you enjoy. Dancing house was my intro to dancing and something I was very passionate about. Fast forward a few years and I get into the idea of dancing Salsa. The problem at the time,or so I thought, was being introduced to all these new rules! Rules that were so crippling to me personally because I came from a more primal way of moving. To be told I had to do things to a certain time and rhythm was off putting to say the least.

Thankfully, I stuck with it and eventually became pretty adept at dancing. The places I studied focused almost exclusively on partner-work and the idea of shines/footwork had not yet come into the Chicago Salsa dancing vocabulary. The stars aligned and I ended up meeting and befriending Sekou McMiller. He introduced me to my first shine and from then I was hooked! Apparently I once attempted to do a shine in his class and he saw something in me. He would later share that this was the reason he asked me to join his new group. The idea of doing shines was totally new to me and a completely different challenge that I had to overcome.

Why should you bother to learn shines?

If you’re looking for the ability to be expressive in your movements and are new to dancing, shines are a great place to start. Think about it, when you first start, your total focus is on leading and following. This only develops your ability to lead or follow and little attention is given to personal expression within those movements. I would argue that this is a good practice because students do get caught up in looking good before they actually understand whats going on.

This is where shines come in. Here is your chance to focus on YOU. Your opportunity to learn fun and unique foot patterns which you can use during times when you are away from your partner. Another added benefit of shines that I have found is that they break the traditional format of “1-2-3-5-6-7.” All of a sudden you are presented with something like “1 and 3, 5 and 7,8” in a shine and it makes you have to be way more aware of the music. We deal with different rhythms and also styles within the context of shines.

I spent the better part of 2003 in New York City studying with Eddie Torres and learned as much as humanly possible from the Grand Poohbah of Mambo. I recall him discussing how he was greatly inspired by the like of Gene Kelley and Fred Astaire in his bio. Eddie took these inspirations and made shines that are now known as a basic ‘Flare’ or ‘Suzi-Q.’ Knowing this, we are doing a loose version of Jazz dance every time we learn certain shines along with other styles like Afro Cuban (Cuban Breaks, Guaguancó basic) Boogaloo, Pachanga and more!

What a new and exciting way to brighten up your dancing and educate your feet. As you grow with your shines, you will start to notice the ability to use some of your fancy foot patterns in your partnering to add more flare.

Other challenges regarding shines

Like all of the cool combinations and styling that you learn in our classes, learning shines gives you a lot of information. Just like the other elements, there is an strong chance that you may experience information overload. It’s important to have a method in place where you can remember the information such as using a phone camera and refer to recorded videos as needed. I would highly encourage you to focus on 2-3 shines at a time. It’s great to learn new material in class and even better to exercise your mind by consistently working at learning new material. The challenge is in the actual retention. 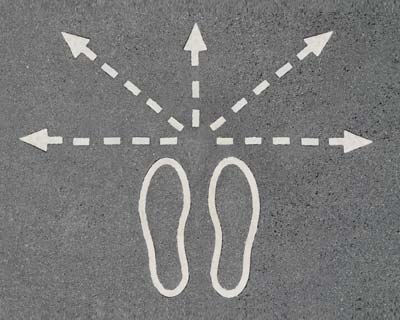 Working in bite sized chunks assures your body and mind can digest the information and actually internalize the movements so that they can become part of your dance vocabulary.

The mention of timing will also come into play. If you have trouble finding the beat in Salsa music, you should diligently work on training your ears so that your body can follow suit. The challenge of playing around with timing is a very real one. Learning the essence of timing in the music will assure that can fully understand the contrast between slow and quick timings within your footwork.

Personally, learning shines has been one of my favorite things to do in dance. I’ve learned a ton about my body when dancing and I also learned to coordinate multiple things at once such as musicality, timing, precision, lines and more. Yes, shines can be a sincere challenge, but it’s climbing new mountains that helps you continue to grow.

No one get’s better at anything sitting still!

What do you like/dislike about shines? Talk to me! BTW, sharing this takes Del from this: :\  to this 🙂