6 reasons to do a role reversal

Role reversals in Latin dance: Why do it?

Del here and I am inspired. My student, friend and all around badass nurse friend, Shay has inspired me to write about the benefits of learning the other ‘role’ of the dance. It doesn’t matter what style you are dancing as the benefits are beneficial regardless of style. On one hand, it’s hard enough to learn a single role in a dance style without adding to the challenge but there are many positive things that happen when you take the time to do so.

So, why the hell would you want to do this? I’m glad you asked!

The following reasons will help you realize how knowing the dance from the perspective of both lead and follow will go a long way to making you better at Salsa, Mambo, Cha Cha Bachata and more! 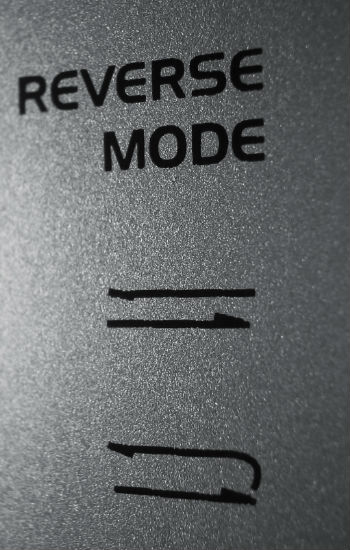 Find out what this means like Queen Aretha mentioned. I know personally, I not only was better able to understand how I should lead certain patterns, I became immediately aware of how demanding it was/is to be a follow. Think of it, following is very physical and requires a lot of technical skills. Spinning, turning, changes in direction and more things I haven’t even thought of are the challenges that a follow will regularly face. Conversely, leads deal with spacing, spatial awareness, think three steps ahead, timing, clarity and more. Once you expose yourself with all of these new challenges, you are sure to develop respect for your dance partners. It’s not easy to become a good lead or follow, and each is an art in itself.

2) Round out your abilities

There are very few skills that overlap and learning the other role will expand your abilities across the board. For example, before I began teaching, I was a notoriously poor spinner and had no earthly clue as to how to use my feet. Once I started to teach, I realized that I required more abilities that are unique to a follow. The more I taught, the more I got better at following and, in turn, better at spinning when I lead. As a follow, once you begin to lead, you’ll notice the ‘wet noodle’ arms that you might have been instructed to keep aren’t totally working for leading. To that point, neither is the over-tense version of following a pattern. Once a follow begins to lead, they will sense what is the appropriate tension they required to lead the movement and will dutifully begin to add the right pressure when they follow.

There was something funny that happened when I first saw a female follow guide a male lead. As the novelty of the dance started to fade, I began to notice this girl had major swag when she led. Since she was used to styling on the follow end of the dance, she just kept doing it as a lead. I explored this further when I began to follow and indeed found more time to be expressive. It was fascinating to me as I realized that if there was time to be more expression in my dancing as a follow, it HAD to be there as a lead as well. Sure enough, starting to follow opened up my doors to be more stylish as a man. To be clear, I wasn’t ‘lady’s styling’ in the lead role, I was doing masculine movements as a lead. On the other hand, you’ll get a feel for the positioning and spacing when leading as a follow and be able to find opportunities to do even more styling!

There is a cool website called lumosity.com which has a host of games that develop particular cognitive abilities. Oddly enough, many of these skills are employed as a lead, and many follows find it daunting at first to think of so many things at once. Now, I should point out that women are master multi-taskers. One just needs to witness a mother preparing to take her kids to school to realize this. That said, I have noticed that despite women’s innate ability to multi-task, they too are challenged by the nuances of leading. As a lead, I see I’ve gotten sharper in awareness, and it has positively affected my performing and competing. So much so that the dreaded ‘floor craft’ of competitive ballroom dance hasn’t thrown me for that much of a loop. I’ve heard horror stories of the overwhelming stimulus that exists on the competition ballroom floor, but it’s not too much different from a crowded dance floor at the club. I’ve used this increased awareness when following and it’s been a blessing. I find myself looking at my surrounding and even thinking of cool things I could potentially lead from the positions I get placed in which leads me to…

So you’ve taken the plunge and learned to lead and follow and now you’re looking for the next challenge. Do you even realize that you’re primed and ready to start choreographing? Indeed, once you know both parts of the dance, it’s much easier to imagine the possibilities between two people and work on an original piece of choreography. Personally, I do much of my choreography from the perspective of the follow. From this point of view, I can create different possibilities and design moves that are possible vs. certain things I come up with as a lead that just don’t work. It’s much easier to adjust the leads role to the follow than the other way around, at least that’s been my experience.

Once we get going in classes and dancing out at the hotspots in the city, there is a chance that things can get too routine and mundane. An excellent way to spice things up is to start learning the opposite role as all of the positive things I’ve mentioned apply, and you’ll get invigorated once again. I see it all of the time in my studio, someone will start doing a role reversal and their face lights up when they get those new ‘ah-ha!’ moments. The unfortunate part is that educators don’t always keep their advanced students engaged and those discovery moments happen less and less as they progress. Starting to perform doesn’t make you a better dancer, it just gives you another skill to pursue. Continuing to learn dance is an ongoing thing and role reversing can go a long way to keeping you engaged.

I’ve experienced these benefits as I’ve adapted to both roles, and I haven’t looked back since. I feel great knowing I can teach and mentor leads and follows and have faith that I don’t just guess but am truly aware of how to help. My dancing and ability has gotten better, and I’ve become a more thoughtful choreographer.

How have your experiences been? Good? Bad? Share your stories as I’d love to hear them!

If you’ve enjoyed this post, use those nifty buttons at the bottom of the screen and share the goodness!